The daily newsletter that curates major news from Wall Street to Silicon Valley, with a touch of humor and memes. Read by over 200,000 investment bankers, institutional investors, venture capitalists, and more. 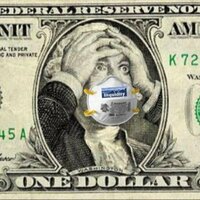 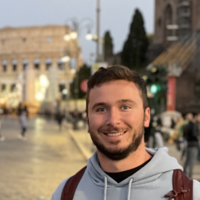 A New “Titan” in the Investing World

Titan is rewriting the asset management playbook, and we’re here to tell you all about it.

Litquidity Capital / a year ago

What's the Buzz with Beehiiv? 🐝

Litquidity Capital / a year ago

BuzzFeed landed a deal with Meta and plans to use ChatGPT, US GDP rose 2.9% annualized in Q4 2022, US M2 money supply shrank for the first time ever last year, Toyota's president and CEO is stepping down, the IMF wants the BOJ to let long-term yields rise, and the University of California is investing another $500M in Blackstone's BREIT.

Musk is considering raising $3B to help pay his Twitter debt, Tesla beat estimates on best-ever revenue, Bank of Canada is done hiking rates, UK's competition regulator is investigating Broadcom's purchase of VMware, Chevron announced a $75B buyback program, Credit Suisse dismissed most of its Mexico-based bankers, Trump has been reinstated by Facebook / Instagram, and Hindenburg Research dropped another bombshell short report.

A billion people in China have contracted Covid since December, California accounted for 40% of the US's ZEV sales in 2022, unemployed Americans are finding it harder to land new jobs, a group of banks are launching a digital wallet to compete with PayPal and Apple Pay, and Venezuela inflation slowed to 234% last year.

Trump is preparing for his Twitter comeback tour, the US is about to hit its debt ceiling (again), US 30Y mortgage rates hit their lowest point since September, Peter Thiel's Founders Fund cashed out $1.8B on crypto bets last year, Microsoft will lay off 10k employees, Amazon is beginning to lay off 18k, and Citi is bumping up salaries for junior bankers.

Goldman had its worse EPS miss in a decade, 3AC and CoinFLEX's founders think they can save crypto, PWC resigned as Chinese developer Evergrande's auditor, Sequoia lowered its fees for two new funds, LVMH surpassed a €400B market cap, and Microsoft will cut thousands of jobs.

Yellen warned of US default risk, JPM and BofA continue to hire as Goldman cuts jobs, Tesla is slashing its prices, investors are buying billions in emerging market debt, Wells Fargo underperformed its peers in Q4, EVs made up 10% of all new vehicle sales last year, and the SEC brought charges against Gemini and Genesis.

100 Questions for One of Wall Street's Favorite CEOs