What's Up with Tesla's "Return to Office" Mandate?

Why is Musk suddenly so concerned with his employees returning to the office?

My name is Jack Raines, and this is the first of a series of Saturday pieces on Exec Sum. With markets closed and deal flow slow over the weekend, we wanted to send some fresh content your way.

Instead of curated news, headlines, funding announcements, and memes, I'll be writing my thoughts about something that happened this week in finance or business. Maybe you'll love it, maybe you'll hate it, or maybe you'll think "wtf is this?" No matter what, I promise to keep it interesting.

But first, a quick message about today's sponsor... CoinFLEX.US

CoinFLEX.US is a crypto yield platform that helps you trade, mint, and earn crypto. They're also the inventors of flexUSD, America's first interest-earning stablecoin, which pays interest every 8 hours, straight into your crypto wallet (i.e. no need to stake or lend it out).

Unlike other stablecoins, flexUSD is fully-collateralized and the yield is supported by the economic activity of CoinFLEX's derivatives exchange. In this past year alone, flexUSD has paid out over $22M to holders and paid a monthly average rate between 5-17% APY.

Earlier this week, Sam Nissim shared a leaked email from Tesla CEO Elon Musk to his executive staff regarding mandatory return to office requirements. Musk followed up the next day with more details on his directive. Below are the two emails from Tesla's head honcho. 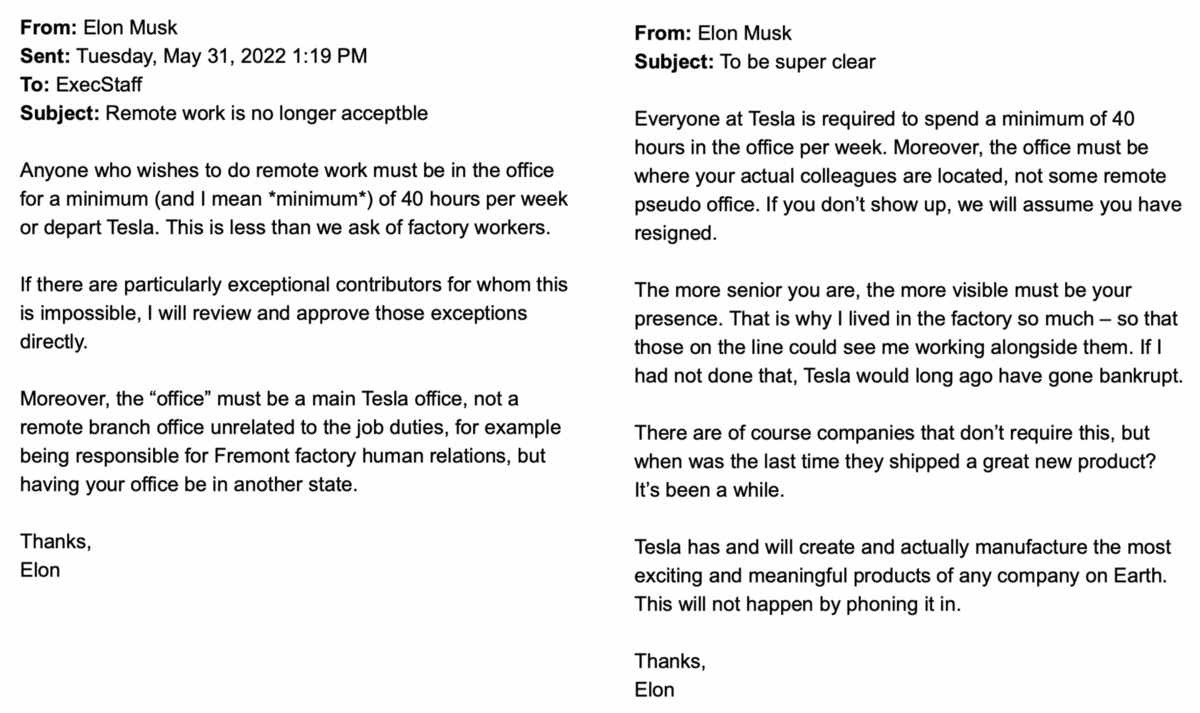 TL;DR: Get back in the office, or go work somewhere else.

Why the sudden ultimatum, Mr. Musk?

Well, there are a couple of reasons. First, while many tech jobs can be done efficiently with remote workforces, Tesla is not a pure tech or software company.

Self-driving technology, software updates, and plug-in charging (vs. old-fashioned gasoline) all seem "tech-y," but at the end of the day, Tesla is a hardware company that happens to use a lot of technology. They don't make money from software, cloud storage or cybersecurity. They make money from selling cars. You can't build cars in Zoom meetings (unless you're in the metaverse, of course.)

When your main products are physical automobiles, you need your workers at the location where those automobiles are built. Having managers onsite full-time would certainly improve morale, efficiency, and productivity.

However, improved labor efficiencies aren't the primary goal here. They are the cover story. The red herring. A byproduct of Musk's real objective.

Elon wants to control the narrative.

All companies rely on two functions to survive: building and selling. You need to create good products, and you need to convince customers to buy them. Musk is a rare breed, because he is an expert in both fields.

We usually focus on his prowess as a builder. After all, with PayPal, SpaceX, Tesla, The Boring Company, and Neuralink, why wouldn't we? However, his ability to sell is overlooked. Musk, like Steve Jobs, is a master storyteller.

Tesla exists to help reduce risk of catastrophic climate change, which affects all species on Earth. Even if your faith in humanity is faltering, this is worth caring about. Support makes a difference. Thank you.

@PPathole@Tesla@SpaceX@neuralink@boringcompany I do love humanity

Musk is the king of Twitter, social media, and optics. Tesla doesn't rely on traditional advertising to drive sales because Musk's Twitter presence is a masterclass marketing campaign. Not to mention he has 95,000,000 followers. Musk's tweets lower Tesla's cost of capital, and he knows it.

As a master storyteller, Musk knows just how important narratives are. Narratives drive public perceptions of companies and people. Narratives cause stocks to trade at premiums and discounts.

Back to Musk's return to office decree.

Elon claimed that remote workers can "pretend to work" somewhere else.

@WholeMarsBlog They should pretend to work somewhere else

However, considering that Tesla's production exploded during a two-year pandemic, his "pretend to work" comment seems a bit disingenuous.

After all, I don't think an employee base "pretending to work" could grow quarterly revenue by 175% since the last pre-Covid quarter. Plenty of companies would kill for employees that "pretended to work" this efficiently. 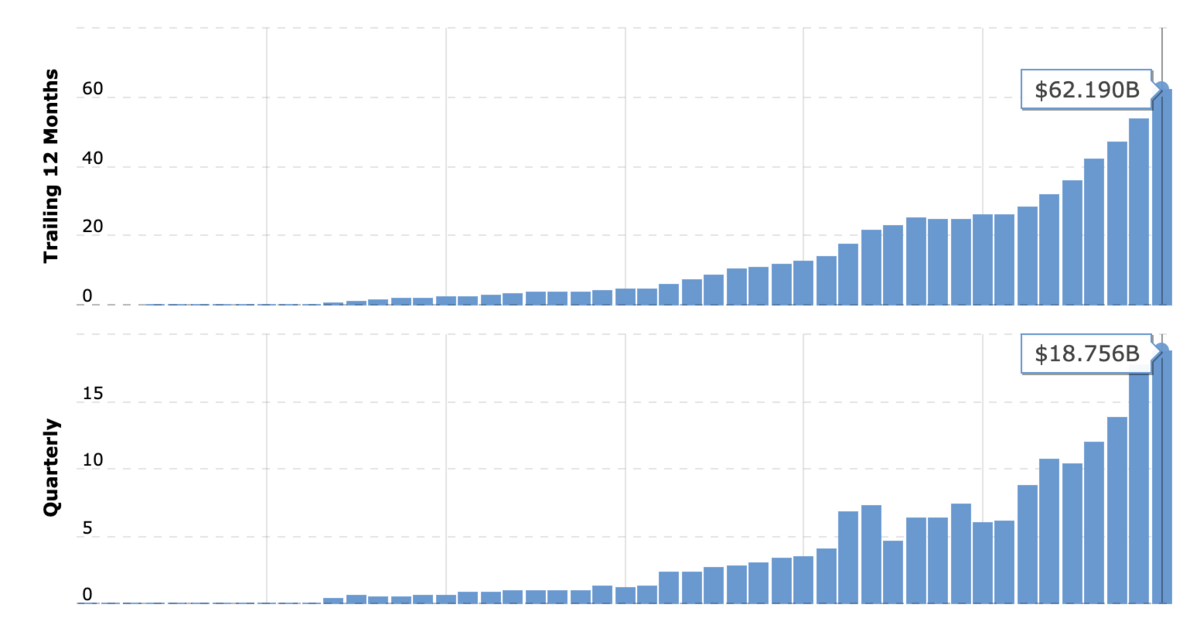 Here's the reality of the world right now:

But what if employees aren't laid off? What if they quit because they "object to workplace culture?" That certainly sounds better. Netflix thought so, too.

Earlier this year, many Netflix employees were upset by the company's decision to air Dave Chappelle's recent standup special, as they found his content offensive.

Netflix also just had a pretty terrible quarter, from Wall Street's perspective. Subscribers shrank, revenue growth stalled, and the company's stock price got obliterated. For Netflix, the era of hyper-growth is over.

Netflix now has to focus on its profitability, which means it needs to cut costs. What is the easiest way to do that? Reduce headcount. How do you reduce headcount without having to lay off workers?

Ask employees who took issue with the company's content to leave.

Netflix tells ‘woke’ workers to quit if they are offended: ‘culture’ memo
“If you’d find it hard to support our content breadth, Netflix may not be the best place for you,” read the memo in part.
nypost.com

Musk's goal is to reframe a headcount reduction by shifting the responsibility (and costs) to employees who don't want to return to the office.

Tesla's "pretend workers" are Netflix's "woke employees." Musk knows just how much his company's valuation rides on perception and narratives. Let's also not forget that the stock has a cult-ish retail shareholder base that also latched on to Musk's irreverent personality, embrace of Dogecoin, and the meme stock "YOLO" phenomenon.

For years, the stock never traded above 5x Price/Sales. Now? It's sitting at 14x.

Replace "hyper-growth," and "leading the charge in electrification" with "job cuts" and "slowing growth," and what do you think will happen to the stock? Thanks to yesterday's Reuters piece, we might find out soon.

Exclusive: Elon Musk wants to cut 10% of Tesla jobs
Tesla CEO Elon Musk has a "super bad feeling" about the economy and needs to cut about 10% of salaried staff at the electric carmaker, he said in emails seen by Reuters.
www.reuters.com 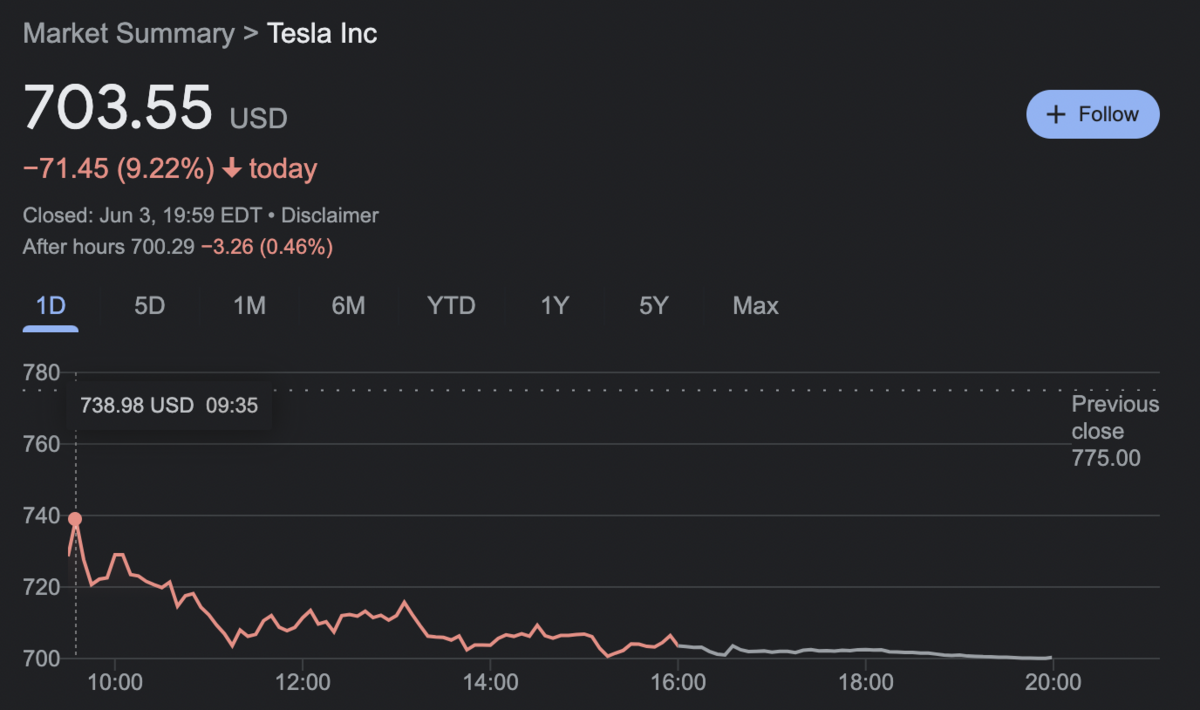 P.S. If you're really looking to follow a heated thread around this topic, check out Litquidity's tweet below. While meant as a classic tongue-in-cheek sh*tpost, this tweet has become a de-facto rorschach test to identify users political inclinations: