Bitcoin (like every other currency) set a new ATH against the Turkish lira. Peloton's stock has given back all of its pandemic gains. Musk's tax bill will roughly equal Madagascar's GDP. Markets got smoked.

Bitcoin (like every other currency) set a new ATH against the Turkish lira. Peloton's stock has given back all of its pandemic gains. Musk's tax bill will roughly equal Madagascar's GDP. Markets got smoked.

US equity markets are closed are Friday and so is the LitCapital office. With that said, no email on Friday. (Karl is still gonna be working on a mundane project though) 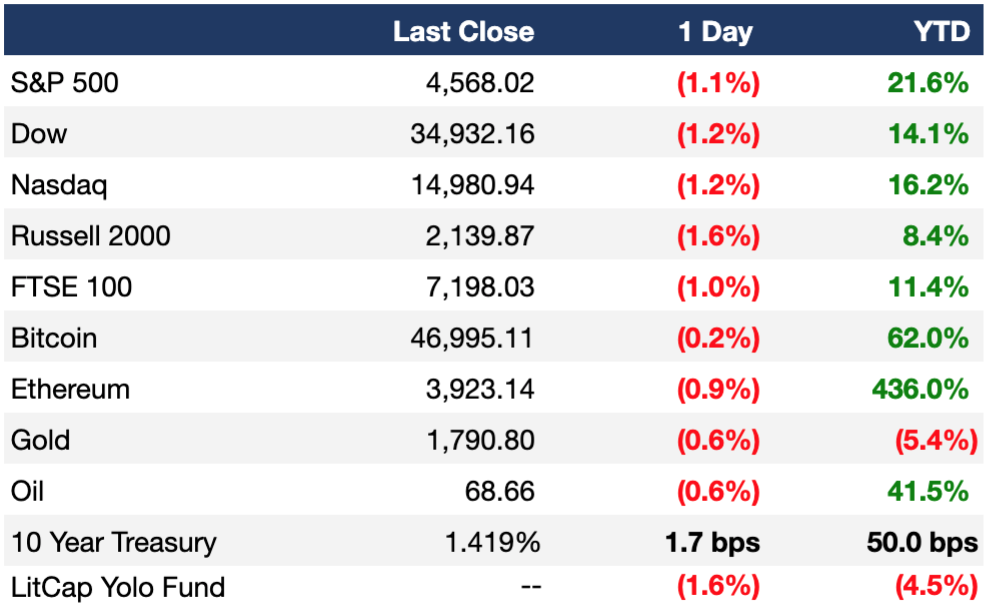 A Message From Kalshi

Everyone has a take on COVID -> finally profit off of yours now!

Covid cases are spiking again thanks to the omicron variant. Thousands of traders and bettors are flocking to Kalshi, the only regulated exchange that lets you trade directly on events.

Take a position on what you think Covid cases, vaccination numbers, and omicron spread will look like just by buying “Yes” or “No” positions on markets. Just yesterday, omicron data reports caused markets to shift giving hedgers 3x returns.

Many markets are expiring at the end of this year, so now is the time to lock in high profits in just a few days. The first 500 Exec Sum readers get priority access 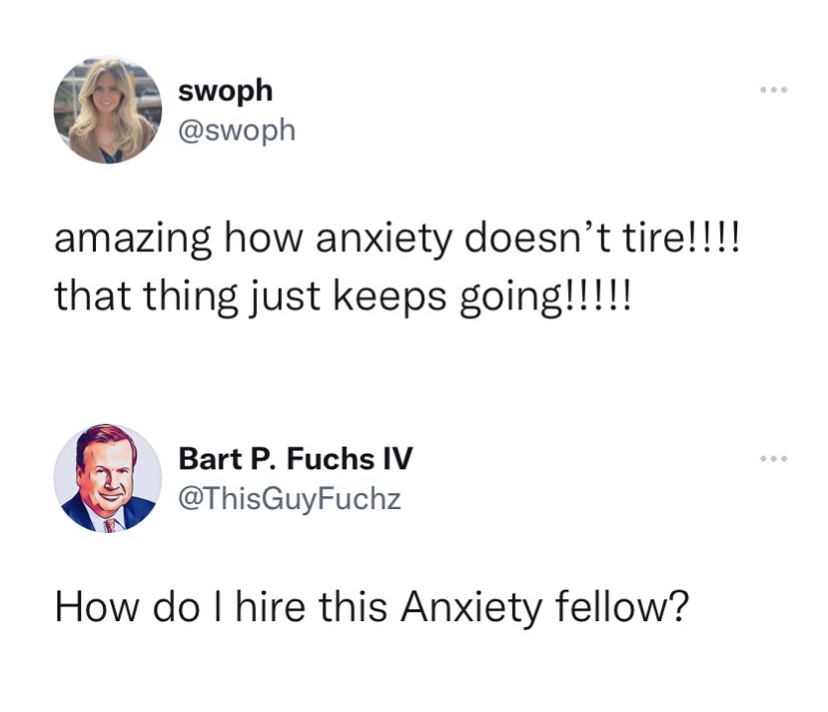 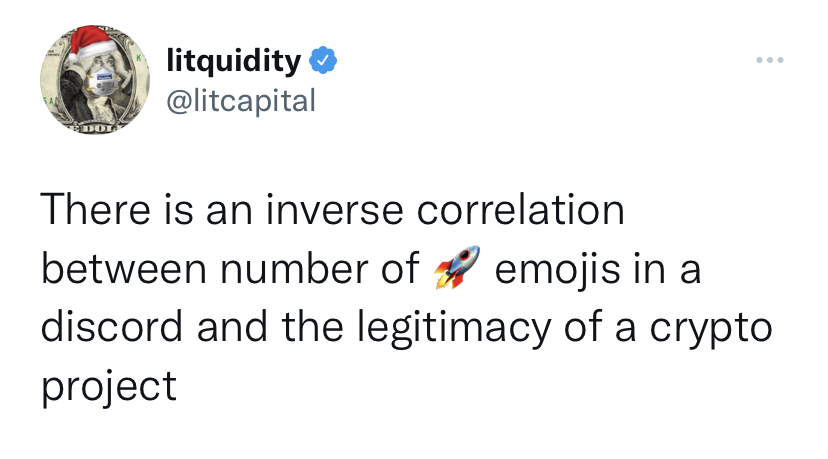 If you're an accredited investor or qualified purchaser and want access to proprietary early-stage venture deal flow from the LitCap team, fill out this survey. Preference given to those who are most involved with our platform.