The only thing transitory is your savings.

The article above was published only four days ago. Two days later, the latest CPI report showed that inflation rate skyrocketed by 6.2% YoY. What are you doing J-Pow? 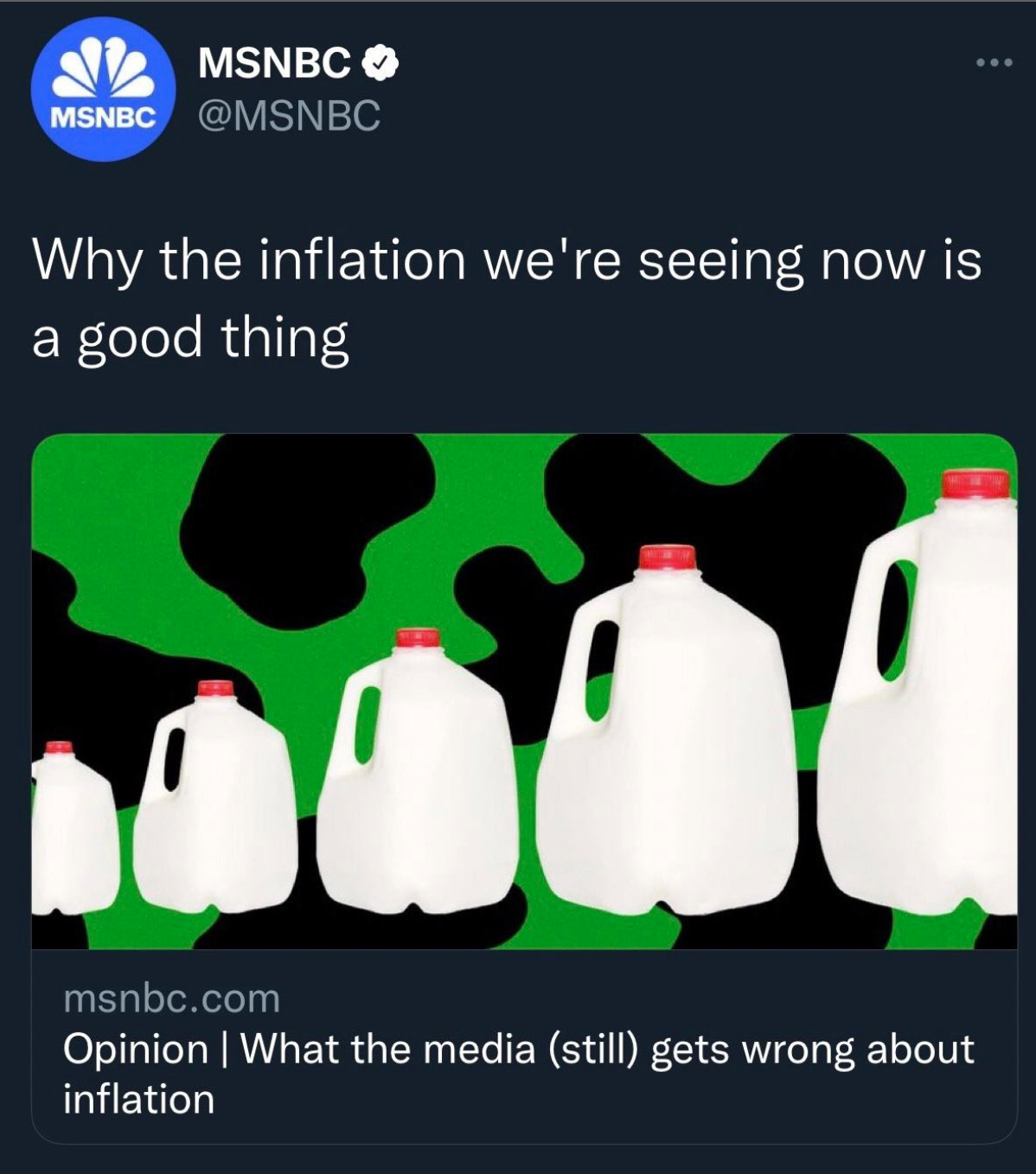 Hardcore COPE by MSNBC. I guess if you move the goal post far enough, you can make anything sound good.

So what does 6% inflation mean?

Who wins during rampant inflation? BlackRock and Nanci Pelosi, among others. Why? Because two asset classes outperform during high inflation: real estate and stocks. Nick Maggiulli wrote a great piece about investing when inflation is high, and he highlighted returns from different asset classes when inflation exceeds 4%: 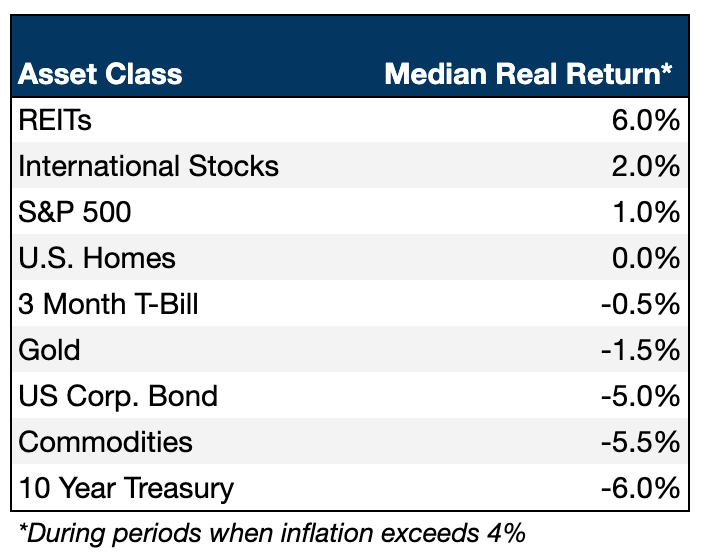 The results make sense: companies and real estate both have value. Money is just a method for denominating that value and exchanging those assets. If the value of this money drops, the nominal value of those assets will increase.

To think about this another way: goods that you purchase everyday become more expensive. You pay more for those goods. The companies that produce those goods now make more money. The companies are more valuable. Stocks go up.

If you are a massive financial institution *BlackRock* buying every piece of real estate on the market or a Congresswoman *Pelosi* insider trading, you will be fine when inflation runs hot.

Good luck to everyone else.

This graph shows how the values of different assets change as inflation increases. 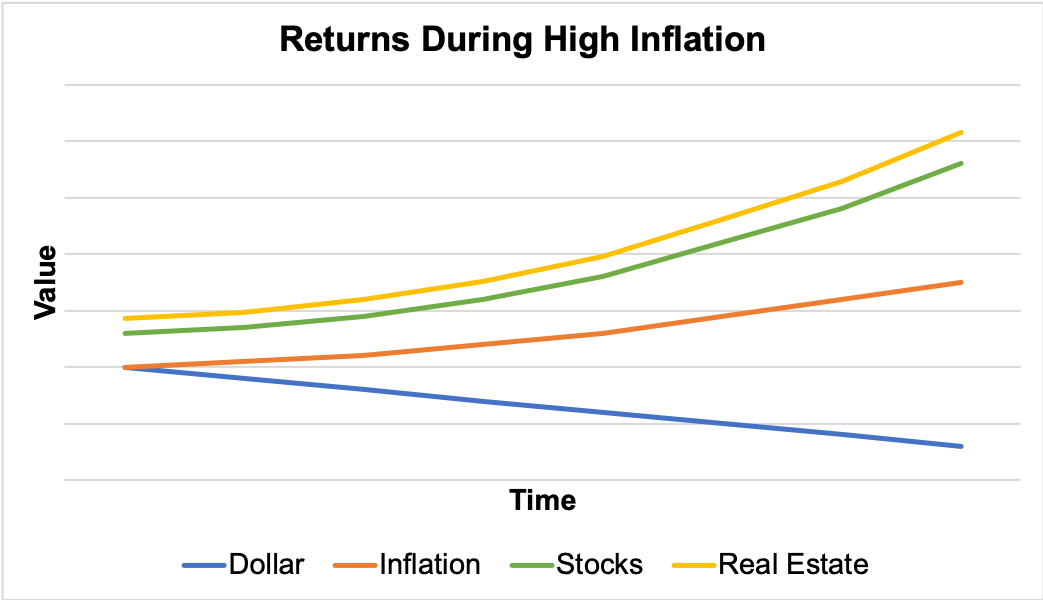 If you are dollar heavy and asset light, you're ngmi.

"We're Only Taxing the Rich"

Every time higher taxes are proposed, politicians make sure to highlight that the middle class won't pay a dime more:

The super-wealthy and big corporations will finally pay their fair share — and we'll invest that money in working families.

That may technically be true, but inflation is a shadow tax that does more damage to the lower and middle classes than anything else. I mentioned in the last section that real estate and stocks tend to perform well during inflation, while cash is trash.

Guess who still has to deal with higher costs from inflation?

Guess who actually gets screwed by inflation?

Is Bitcoin an Inflation Hedge?

Things that we know about Bitcoin:

Things that we don't know about Bitcoin:

I know, I know. 40% of all dollars in existence were printed in the last 18 months. Decentralization. Only 21 million coins. Fiat is going to 0. Some tweet like this from Michael Saylor:

“He who works all day has no time to make money.” - John D. Rockefeller on #Bitcoin

All of that sounds good, but we still have no idea if Bitcoin is an inflation hedge. While it's up 292% year over year (or 286% adjusted for inflation), Bitcoin actually dropped about 5% when the inflation numbers came out earlier this week. Narrative violation. 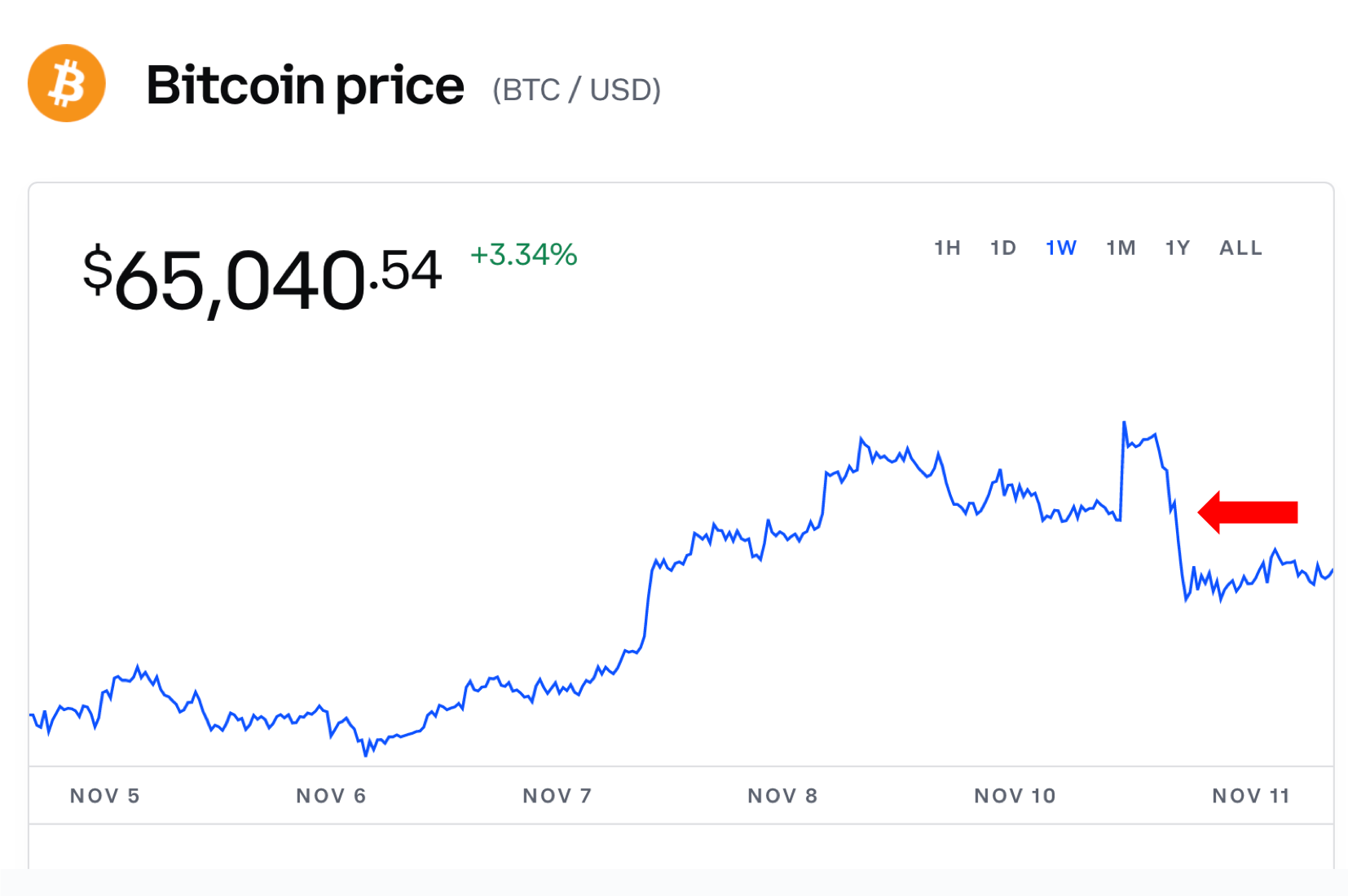 None of Bitcoin's unique characteristics (i.e. scarce supply) guarantee that it will outperform during a period of prolonged inflation. In fact, Bitcoin's physical counterpart, gold, actually underperformed in inflationary environments.

Has Bitcoin been one of the greatest investments of the last decade? Without a doubt.

No one knows. When the Chairman of the Federal Reserve misses his inflation forecast, do you really think CNBC anchors and large Twitter accounts can predict what's coming next?

Supply chains are a mess, consumer demand is hot, and there is a lot of money floating around right now. We're also coming out of a pandemic, so inflation is going to look pretty bad when the starting point is zero. There are too many variables at play for anyone to know for sure.

Consensus seems to be that hyperinflation is inevitable, so I would say there's a pretty good chance that inflation peaked last month.

Or maybe it jumps 10% in November. No one knows, especially me.